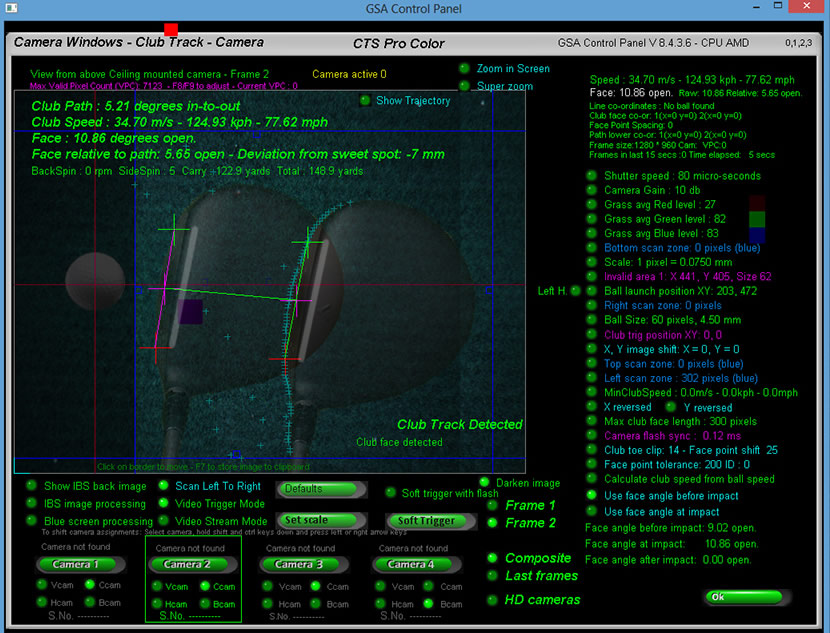 The problem with all optical sensor pad club track systems from all manufacturers is threefold:

1. The ball path accuracy is dependent on the number of sensors used in the system, the sensor spacing and the distance the two rows are apart.

Seldom does a sensor club track pad achieve better than 1.5 degree resolution and most not even 2 degrees.

Cameras, on the other hand, feature millions of sensors (pixels) and can thus attain a club path accuracy to within one hundredths of a degree.

The usual minimum sensor spacing is 3.84 mm (this being a standard circuit board component hole pitch) which is difficult to improve on due to the physical size of the sensors (usually >3mm).

The club path resolution is then dependent on the row spacing. The further the rows are apart, the better the resolution but if set too far apart the swing arc will distort the measurement.

With a sensor pad that has poor club path resolution (as most do) even 1.5 degree club path won't be detected.

2. Club face angle detection at impact to the ball. The inherent problem is that the club face is often curved and not straight and optical sensors just can't see that. 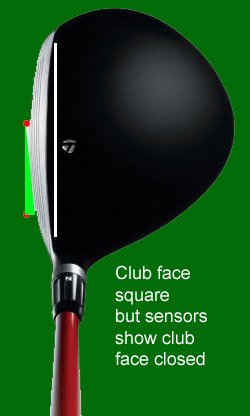 The above images show what typically occurs. If the player does not strike the ball dead on the sweet spot then the optical sensors will read a false club face angle.

Even though the club face is square, optical sensors can - and often do - read open or closed.

This can cause you to work on an apparent swing fault that is probably not even there.

The image on the right shows that increasing the sensor spacing doesn't help either.

If a sensor pad features multiple club face sensors then this will help but then the true club path would have to be known in order to determine the club face angle.

And as measuring club path with optical sensor pads is prone to large errors this method will also not be accurate.

As ball side spin (spin axis tilt) is a product of club face angle and club path - ie relative face angle - any errors in either of these measurements will lead to false ball trajectory calculations.

Because it's the relative club face angle that determines how the ball will curve, accurate club path measurement is just as important as face angle measurement accuracy. 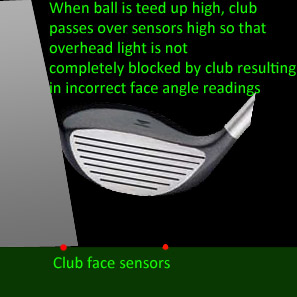 Many players swing with the club head tilted back when teeing off. This, when teeing off with a high tee, will allow light to pass the edge of the club and get down onto the optical sensors which results in incorrect readings.

Especially club face angles can be way off in this scenario. For the optical sensors to respond correctly a dark sharply defined club shadow is required which is usually the case when the club passes low over them.

If - on the other hand - the club head is too high or tilted back the club shadow edges will be unsharp and fuzzy which will result in either the sensors not registering at all or at the wrong time.

Inherent problem with Reflex optical sensor pads. i.e. the method used in those low cost pads on the market

due to the fact that the underside of a club is also curved and thus the reflection strength is not uniform throughout the width of the club-head.

Optical sensors and their associated latch logic switch at certain and constant light level thresholds so if the reflection strength is not uniform then the switching times of the sensors will vary.

While this is not important for detecting ball path, it is imperative for measuring club face angle and club speed as the associated timers would be set at incorrect times.

A part solution to these problems is to stick a straight length of reflective tape to the underside of the club.

before the intended strip so you'd have to actually mask off these chrome areas with even more tape!

And then, after you've carefully and precisely taped up most of the underside of all your clubs it all starts to move and come off when the club makes contact with the grass fibers of the pad.

(assuming the pad actually has a grass fiber top of course).

And to top that you'd have to remove the tape again when playing golf in the real world with the clubs and stick them all on again to play the simulator.

Note: The GSA Ccam club tracking system does not required you stick any reflective tape to the underside of the club. 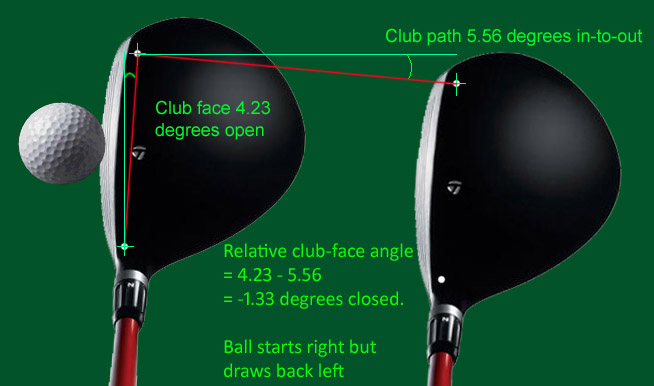 If you want true and very accurate club path and club face angle detection - as in the above image - then the only way is to use cameras.

but at the end of the day you - the potential buyer - just has to take their word for it.

The purchaser of these systems has no way of actually confirming their claims so you are basically left blind.

Camera systems - on the other hand - show actual photographic evidence of the manufacturer's claims.

This video shows the setup parameters for the club tracking camera with examples of various club shots. If using the Ccam CTS as stand-alone system - i.e. without ball tracking cameras - the section showing how to adjust the club/ball smash factor will be of interest.

This video shows the setup parameters for the club tracking camera with examples of various club shots. If using the Ccam CTS as stand-alone system - i.e. without ball tracking cameras - the section showing how to adjust the club/ball smash factor will be of interest.

These ideal images are unlikely to be achieved using the regular CTS but do show that the face detection would work if the images were this ideal.

In real conditions ether tracking dots or tracking white strips must be applied to all clubs ! 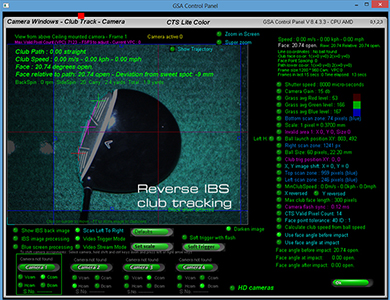 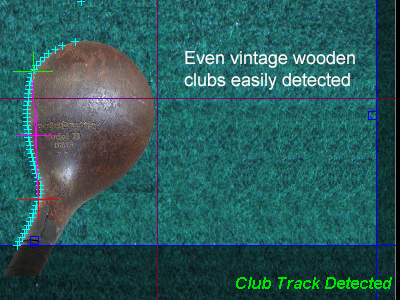 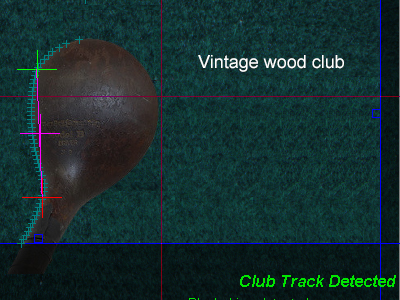 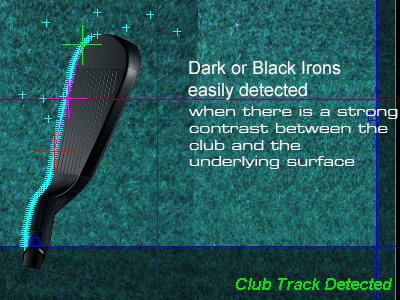 And of course - all irons are now easily detected 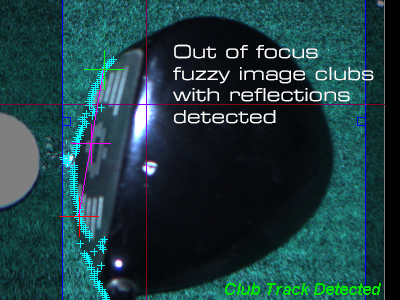 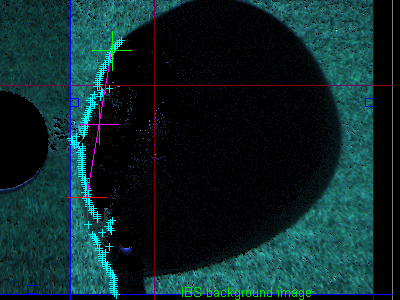 Club face angle before and at impact to ball