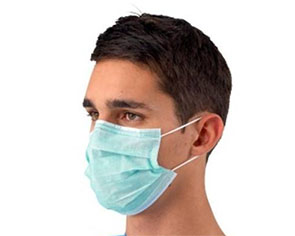 Tip : how you can re-use masks and latex gloves

As you probably know, it is strongly recommended that you do not use a face mask more than one time.

However, you can effectively disinfect a mask simply by placing it into a regular household oven set at 170 degrees F for 30 minutes.

This procedure will - in all likely hood - kill all known corona viruses that may have attached themselves to the mask during a routine trip to the grocery store.

Most masks can be used this way multiple times. Probably up to 50 times in fact.

Please note: do not put your mask into a microwave oven

as most surgical masks contain metal filaments that will then cause the mask to burst into flames.

We learned this the hard way here at GSA Golf. 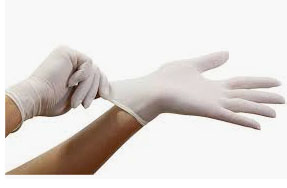 If you're also running low on latex gloves, you can place them in the oven for 20 to 30 minutes at 170 degrees F

to rid any trace of the virus after use too.

BTW: did you know that of all the materials this virus clings to and survives the longest time, is on the front end of masks.

Golf during Covid19 - the new sport for the masses ?

All indications are, that Golf will be the most watched and most practiced sport during this 2 year long pandemic period

(i.e. until a vaccine is available)

While team sports have all effectively dissipated , Golf - due to its inherent distancing - will see a major surge in popularity.

And, as most golf courses and clubs are closed or severely restricted now, Golf Simulator sales may also see a significant surge too. 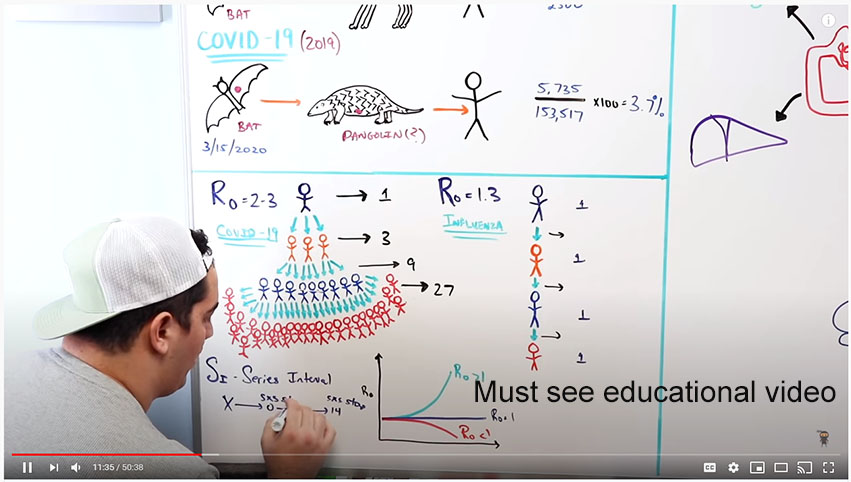 Covid19 - A dilemma for society

The way things are going, there doesn't seem to be a good scenario solution to this problem at present.

Either way, keeping the country on lock-down for the next year or two, or opening it up in stages, won't produce good results for all.

Current medical research estimates are that 60 to 70 % of the population will - sooner or later - contract this virus over the next 2 years.

And while 98% who contract the virus will probably survive, 2% won't.

will either succumb to the virus or will have to live with the possible traumatic after effects of the illness.

Will there be a vaccine soon?

All research scientists say no. At best 18 months before a trial is completed and then another year or so before production.

Will there ever be a vaccine?

According to recent studies from the WHO and other world experts, there is currently no evidence that contracting the virus will make you immune to it.

i.e. after you have initially contracted the virus, there is no guarantee you will not get it again and fall ill to it again.

If this is the case, a vaccine won't work and will be of no use.

Current medical research as of 05/7/2020, is showing that Covid19 is already mutating.

Thus, any vaccine being developed for the current virus today will be of no use to any new mutations of the virus.

i.e. it will likely be like the common Flu with limited vaccine immunity.

How likely will you contract the virus?

Persons particularly vulnerable are all those that don't or can't practice strict social distancing.

i.e. if you have to interact closely with others at work, with family members or have children,

then - according to experts - there's a good chance that you will contract the virus at some time.

How bad will the economy get?

According to recent economic studies and reports from experts (notably from the Financial Times US),

the US may well see a double dip depression in the not too distance future.

i.e. compared to the great depression of the 1930's, with 25 million unemployment in the US,

this virus could well nearly double this rate to 45 million unemployed.

and that took just 4 weeks!

In contrast, unemployment in the great depression of the 1930s, took 2 years to get to 25 million.

The UK is reporting that they will see the biggest recession in 300 years this year.

Is this the end of retail stores?

As if it wasn't bad enough for retail stores having to massively compete with direct Online sales,

the Coronavirus pandemic would seem to seal their fate now.

It is estimated that a 3rd of all retail stores will close for good by the end of this pandemic.

most experts agree that this number is more likely to be 10 times higher. i.e. 300,000 infections per day.

Current estimates for the Fall 2020

The above figures for August will probably double by the end of the year.

Will schools and colleges open again this year ?

very unlikely it would seem.

Is the CDC being silenced?

According to numerous reports, all indications are that the CDC is being silenced from the Trump administration

as they don't like any bad news that might have a negative effect on Trump's re-election prospects.

of the up and coming dire situation the country will be faced with in the Fall.

According to recent studies, Vitamin D deficiency is major contributor to people succumbing to the Coronavirus.

and statistics show that these groups suffer the most from the virus.

either through direct sunlight on a daily basis or through Vitamin D supplements in sufficient doses.

(riding my bike shirtless and in shorts) and - in addition - take Vitamin D supplements every day.

and tends to disappear in the summer months where people are more exposed to sunlight.

As there won't be a vaccine available for years, and social distancing complacency abounds, the virus will spread like wild fire throughout the country.

While many will say this is good because this will lead to "Herd Immunity" and thus the virus will die out naturally,

it will require around 70% of the population to be infected in order to reach this state.

With a population of 320 million in the US, this means that some 224 million people will have to contract the virus.

And with the current estimated lethality rate of 2 to 3 %, this means that some 4.4 to 6.7 million will die.

In addition, many will suffer long lasting after effects of the virus.

Sadly, I dare say this will probably be the only we're going to see an end to this pandemic.

It could be worse though. Imagine this virus was like the Ebola virus with a lethality rate of up to 90%.

That - together with the following total destruction of society as we know it - would probably wipe out most of humanity.

In this case, and assuming that 70% of US citizens will have to contract the virus in order to reach heard immunity,

then some 13 million US citizens will die by the time herd immunity is reached.

Of course, no one is seriously believing the official infection and death rate figures as - due to political reasons - the real figures are played down.

and the death count (due to people dying at home or it not being reported) to be around 20 % higher.

Baring the above in mind, it would appear that we will have to live with this virus like we live with the seasonal Flu and the common cold.

Unlike the Flu though, Covid19 is 3 to 4 times more contagious and deadly.

Some medical experts are now predicting that the next 6 to 18 moths will be the darkest period in modern US history.