Using the GSA Golf LMR (Launch Monitor Reader) feature of the GSA Control Panel with a simple WebCam that reads the shot data from the LM panel,

the system can send this data to the game software so that you see the flight of the ball and play a real round of simulator golf.

Two web cams can be used 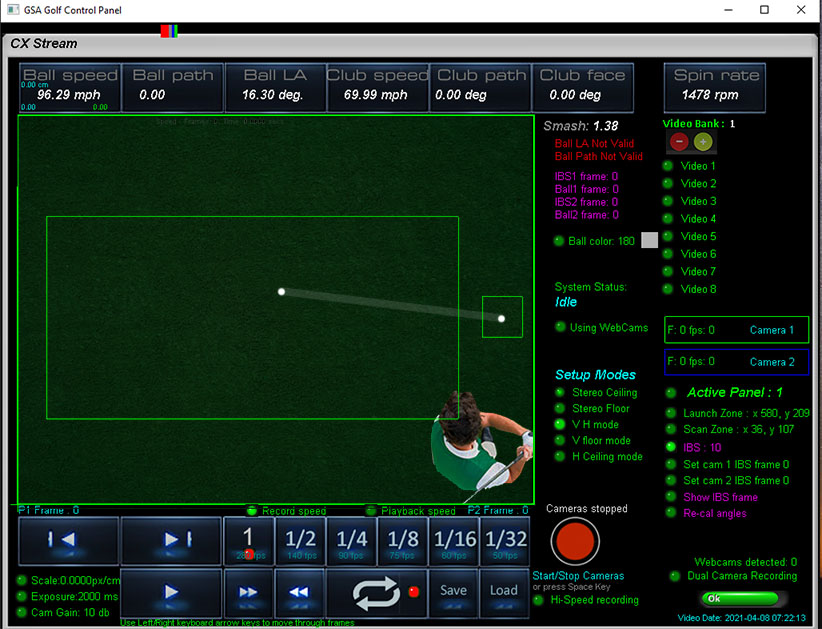 Should your launch monitor not detect ball path and putting then 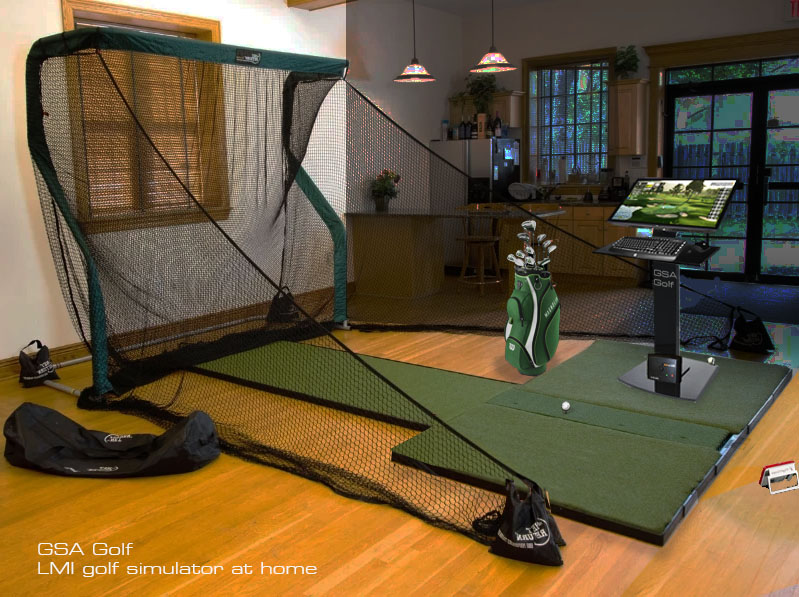 The GSA Golf LMR can be used with any launch monitor on the market today that displays shot data on its panel.

The LM Reader can positively identify any number within a data box.

No matter what size or color or font type.

Note that the LMR is currently in development. 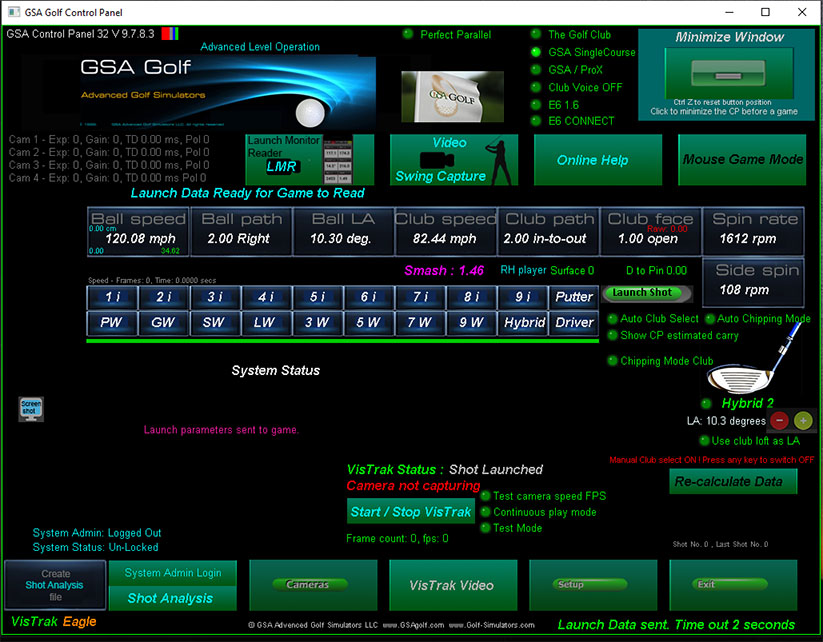 Click above to purchase the GSA Control Panel including all free updates. 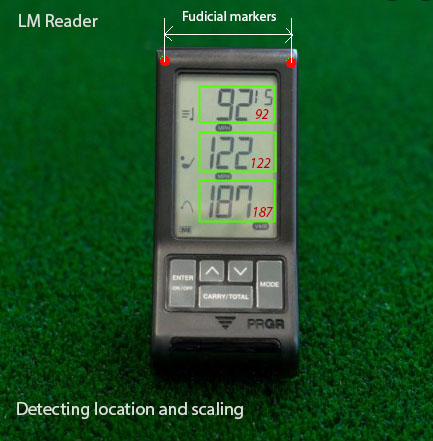 In order to locate the position and size of the Launch Monitor panel image, so called "Fiducial" markers are used.

These markers will assist the LM Reader to automatically detect the position of the launch monitor in the web cam frame images.

The distance these 2 markers are apart will also determine the scale of the launch monitor image.

Using this information, LM dependent data box preset templates can be positioned over the image of the launch monitor. 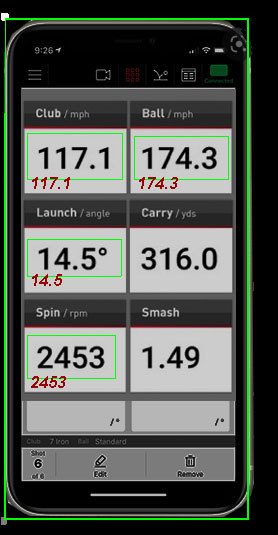 The above image shows how the LM Reader can now detect and convert images of numbers (in this case from the Mevo Launch Monitor iphone app),

into to real numbers that can then be sent to the game software (TGC, E6, RedChain, GSpro etc) in order to launch the shot.

The red numbers are the converted real numbers.

While I'm using the opencv template match functions to identify images of numbers, you can't just run these functions on an image of a data field that contains the complete number

as the function will only return a nearest match and not the first match.

e.g. if you're looking for the number 1 in the above data field box using a template image of the number "1", you'll definitely get a match,

but you won't know which number 1 in the data field it matched. ( most times it will not be the first number 1).

In order to solve this issue, I divide the image of the data field box into separate digit data boxes for every digit (including the decimal point).

and know what position the number is in the whole number.

I can then build up and positively identify the complete real number.